I've been looking for nice curtain rods for quite a while. I don't want to see screws. I don't want to see ugly metal parts. I want something that is pretty and unique. As French say, you are never better served than by yourself. So I investigated what hardware I could use and got to design my own.

The first idea was to have a block of wood poping from the wall. To make it less massive though, I slanted the bottom and front part. The hanger look a lot more balanced that way.

On the inside, there is a hole where the rod sits. The rod is cut to size and fits between the two hangers. It is both a nice feature and a limitation. Because the rod was cut I can't reuse it on a wider window or door later; But it also means there is no hardware visible and it looks great. 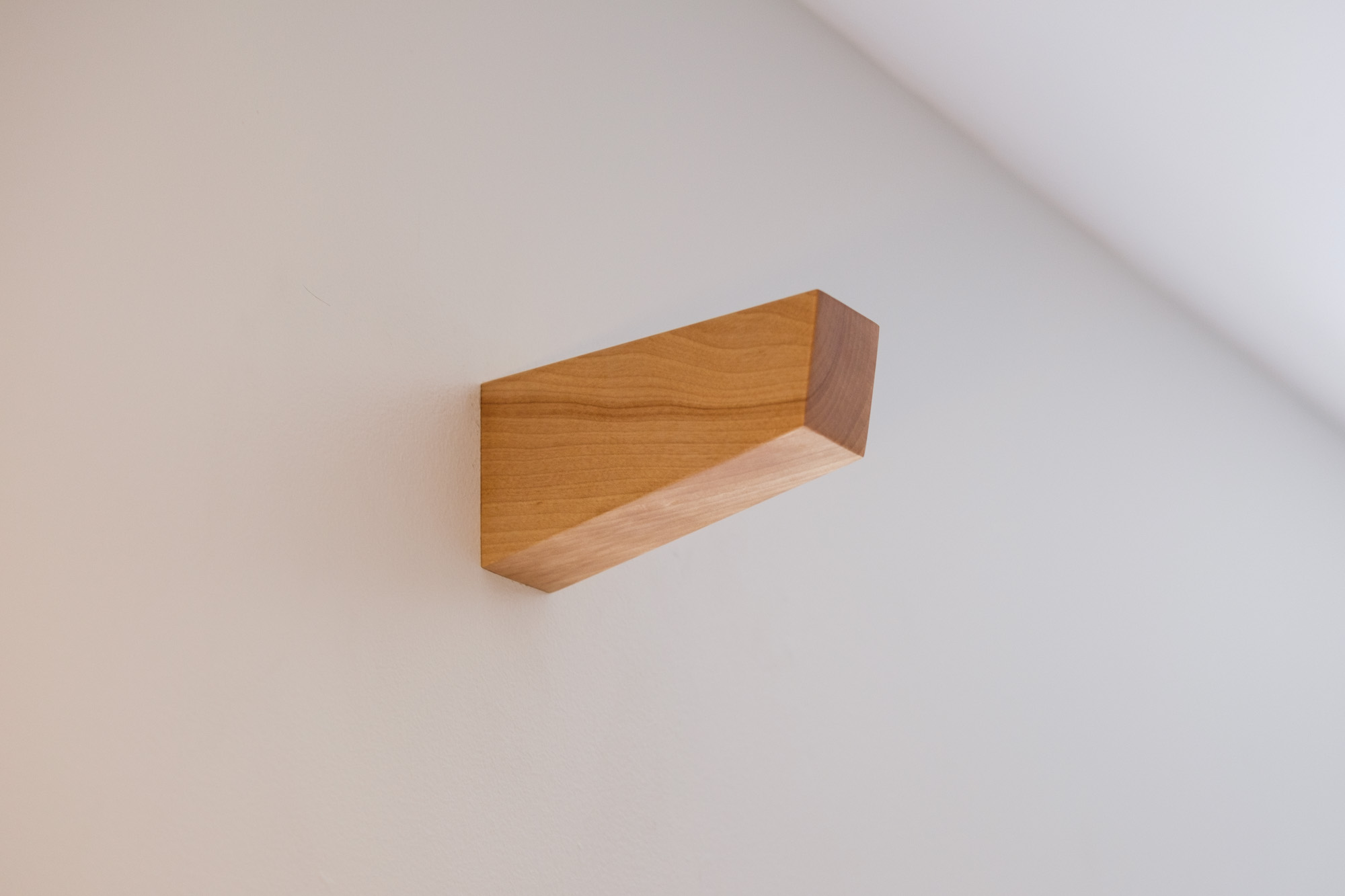 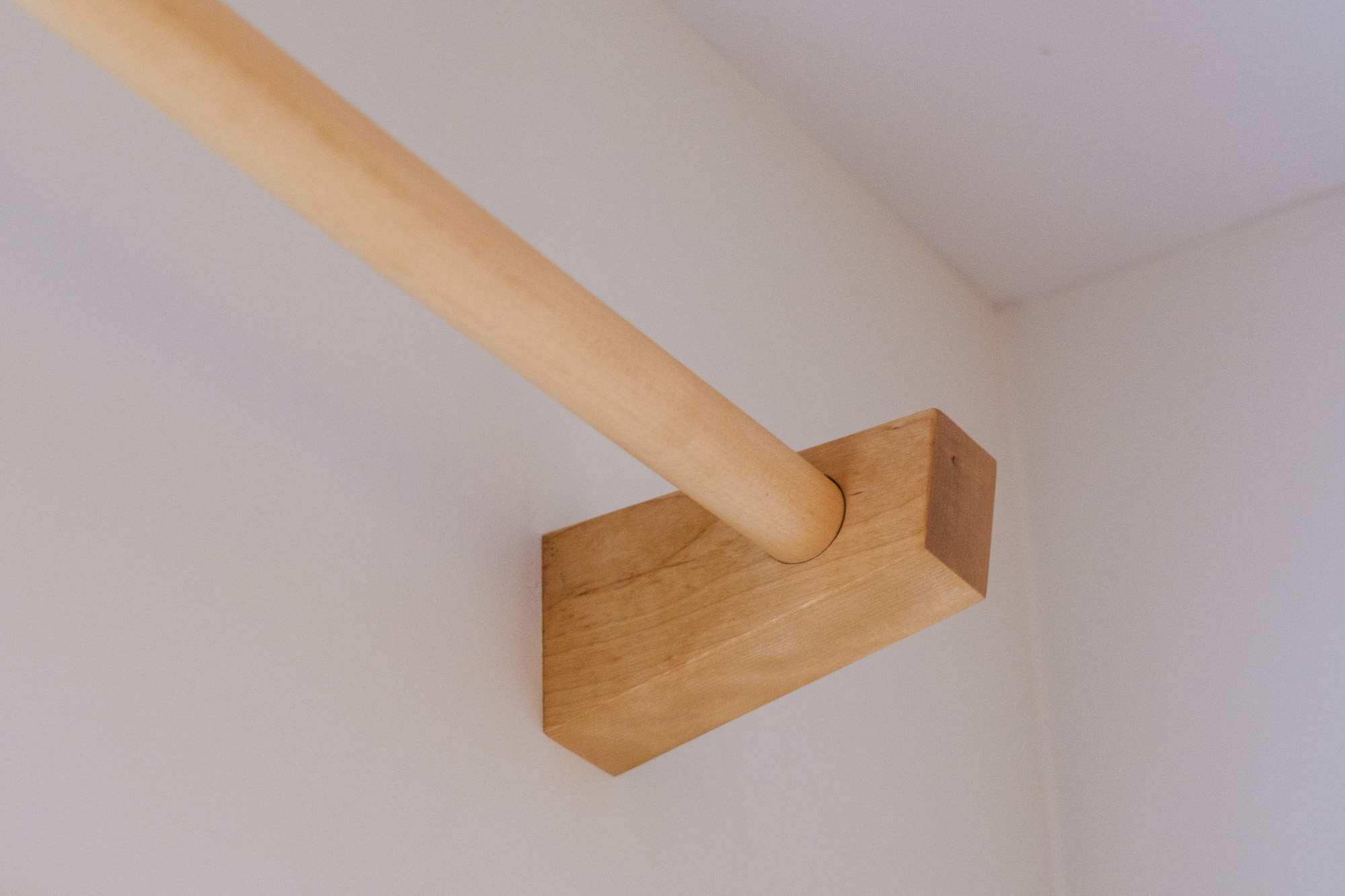 The hardest part of the project was to find the hardware. I got some inspiration from Ikea, their Portion curtain rod set has a threaded stud mounted on a plate. In case you didn't know, if an Ikea part as a number in the assembly instruction, you can get them from the Ikea store.

Since Ikea was of no help this time and that buying a full rod just to get the hardware was not really an option, I started looking around. I tried just about every hardware store in Montreal. None of them, even the best ones, had any clue where I could get it. So as a last resort, I turned to the internet and bought something on the great McMaster. 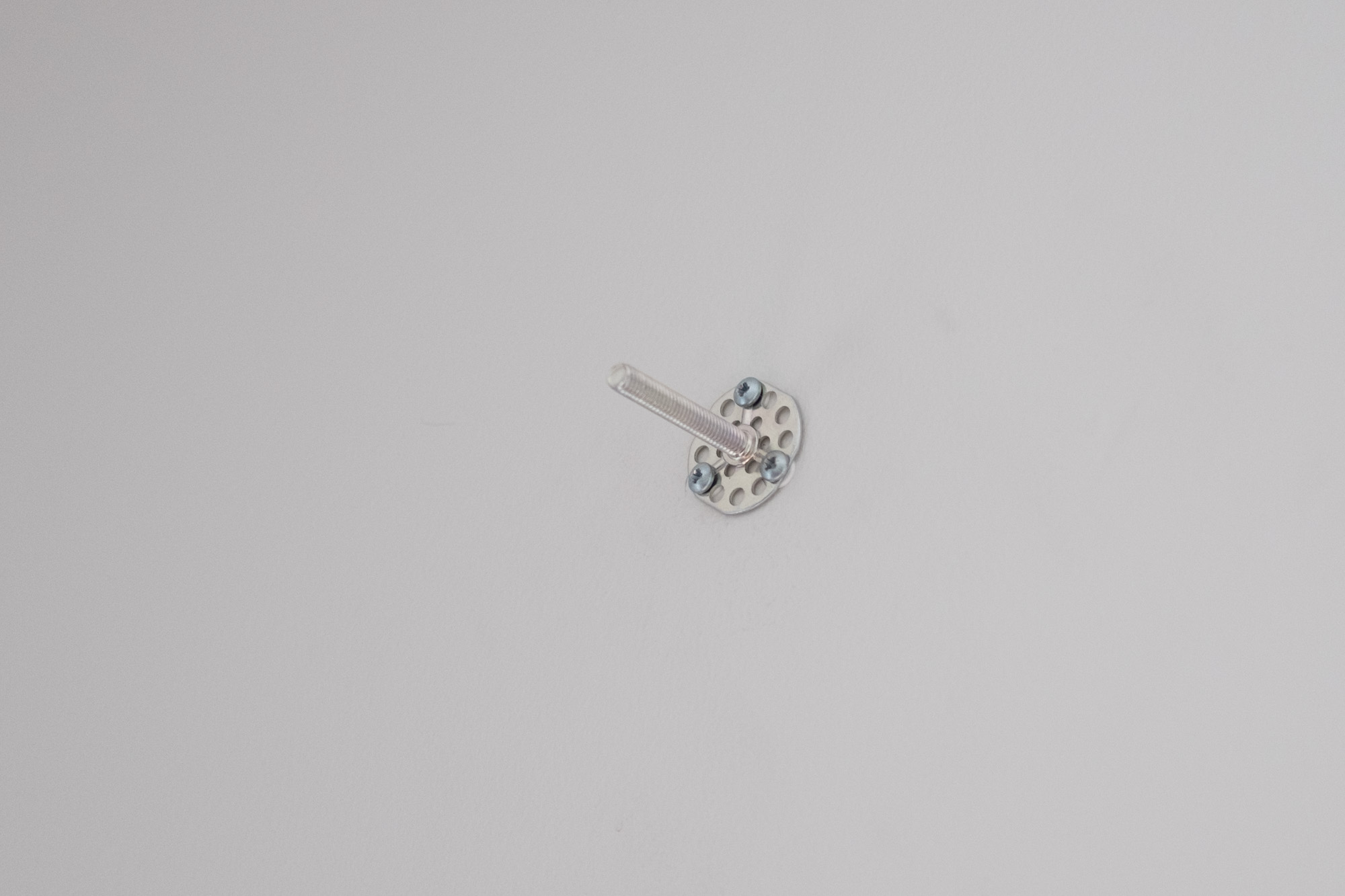 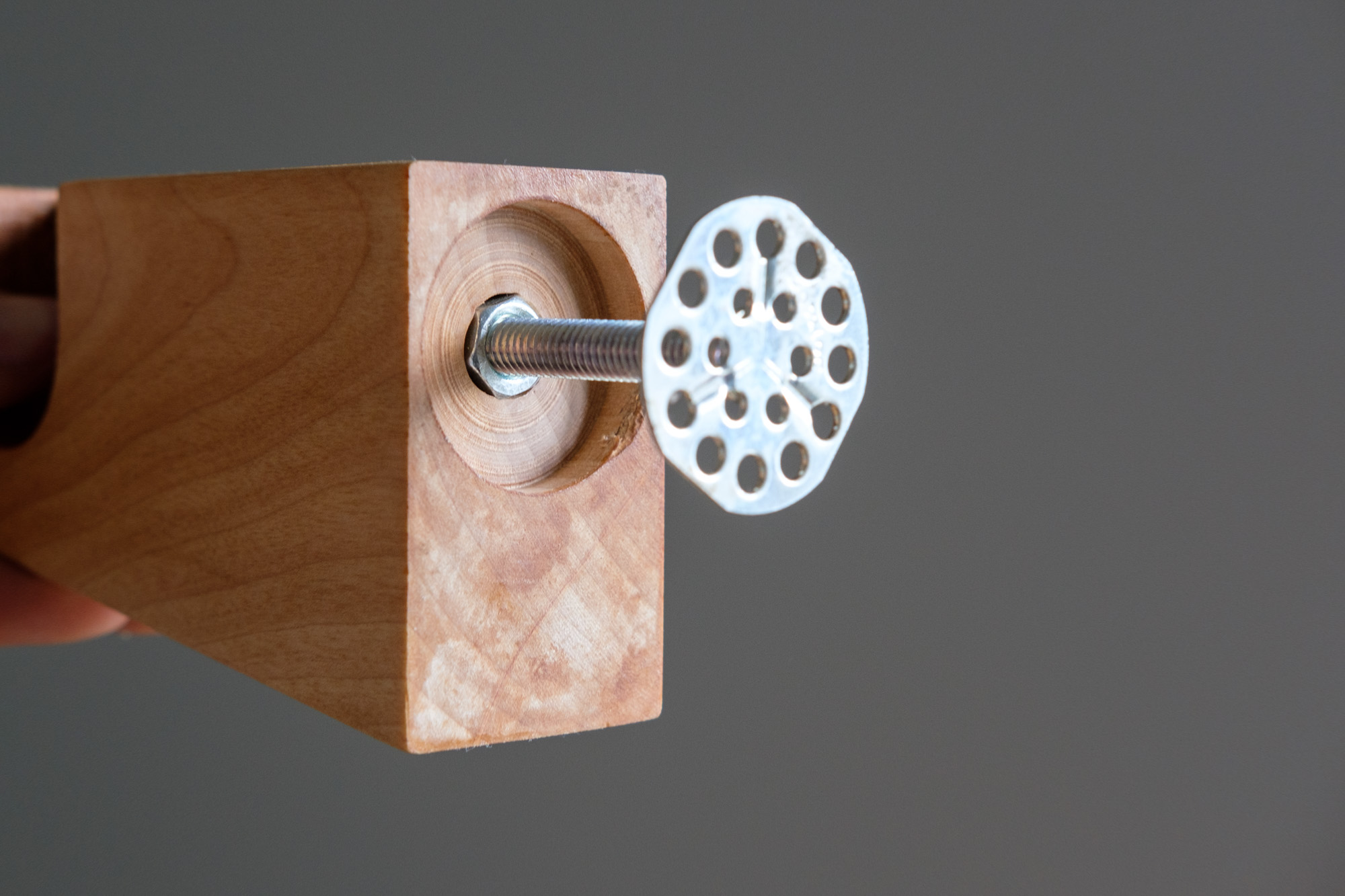