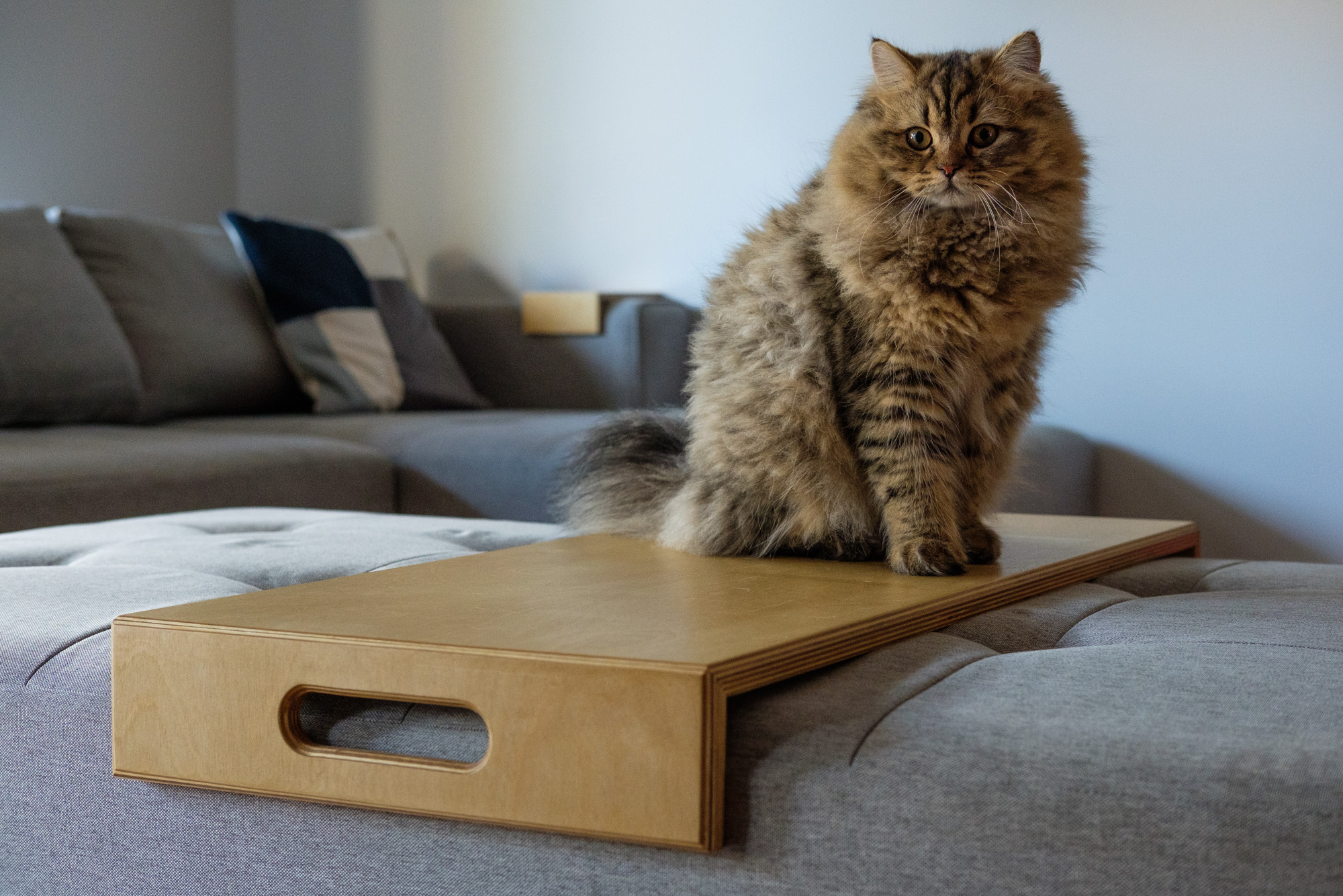 A cat, two sofa trays and too many fucks!

Arthur is a close friend from University. We share a sense of humour most would call childish. That's fine with us. I owe him my hardest laughters, the kind that last for so long you can't even remember why you're laughing in the first place.

We don't see each other much anymore but he reached out asking if I could build him some sort of a platform for his sofa. The idea was to have one for the arms of the sofa and one for his ottoman where he could put a drink or snacks.

There isn't much to say about the build process. It is assembled with mitter joints (45 degree angle) and the big tray has two holes on each sides to make it easier to move back and forth to the kitchen. Then all the edges were smoothened with a bevel.

I will leave you with that picture of Arthur that could hardly represent him better. I don't mean this to be offensive, don't take it personnally. It is a tribute to him. And if it is offensive to you, that's ok too. Be offended! And then go read this. 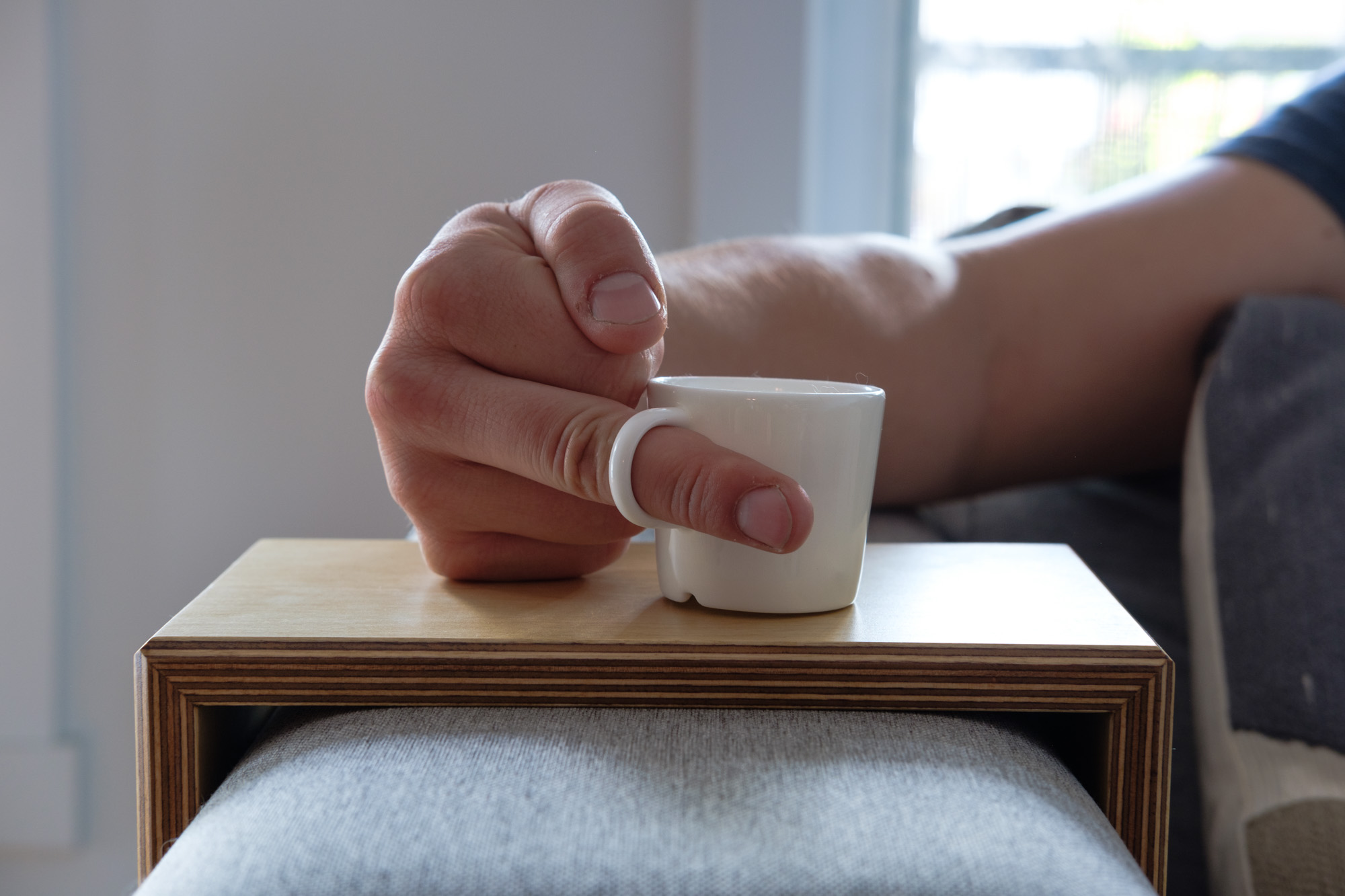