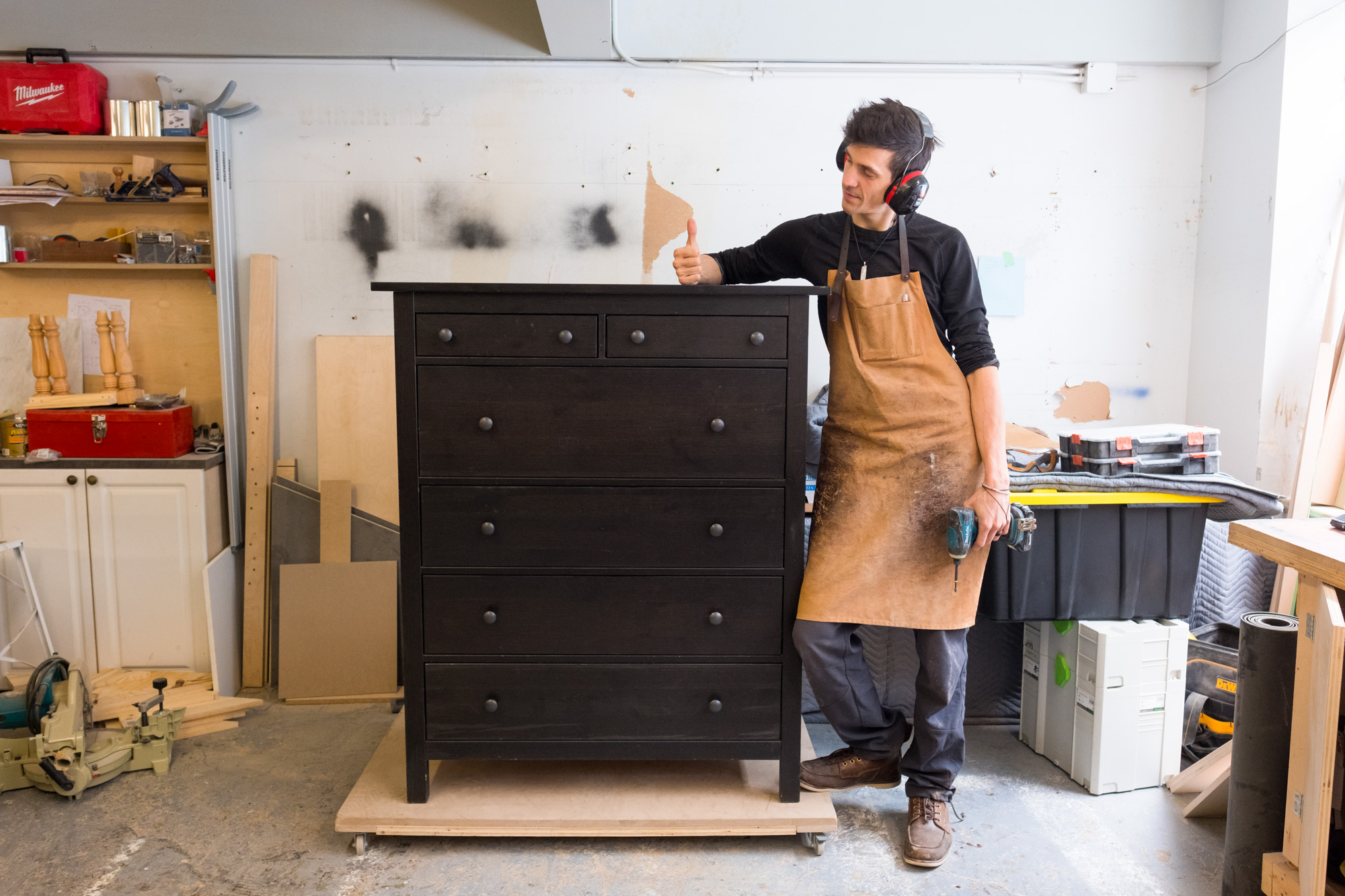 The multiples lives of Hemnes

My name is Hemnes. Some of you might have welcomed me in their home or seen me at some friends'. Maybe it was at Laurie's who got me from Ikea to organize her underwear in one of my 6 drawers. Oh, I forgot to mention, I'm a chest.

I was fulfilling my life mission impressively until that goddamn move. I might be made of solid wood, but my drawer didn't resist the fall in the stairs. I know I'm not the kind of furniture that you pass down from generation to generation but I was still hopping for a longer career.

As satisfied as Laurie was with my services, she didn't know what to do with a 5-drawer chest. She didn't know that some people are ready to save even the most simple piece of furniture. So she put me in the street under a pouring rain. What was going to happen to me? No one even looked at me. When Karel found me, I was cold and devastated. He grumbled "Tsss what a waste!", winked at me and came back few hours later with his car to bring me to his shop. He was about to fix me!

Even if it's not always fun to be a cheap piece of furniture, thanks to his care and a photo shoot that would make any top model jaleous, I found a new owner on Kijiji. Antoine organize his ties and boxers in my drawers. I prefered the lingerie but Antoine loves me and that makes me happy.

The best trash is the one that doesn't exist !

While I have you here, I'd like to tell you a bit about waste reduction. I never saw myself as garbage, yet look where I likely would have ended: in Terrebone's landfill. Every day, 500 to 800 trucks unload Montreal's trash there! It's scary, isn't it?

I hope to have a long career at Antoine's, especially since Karel offered him to help if another drawer would fail. So many of my friends could be saved too, so if you ever think of disposing of a damaged piece of furniture, either because you don't know how to fix or don't want to, call Karel and he'll do his best to find a solution.

Send him a picture, explain the issue, I'm sure he'll share his passion for saving and reusing the things can be.