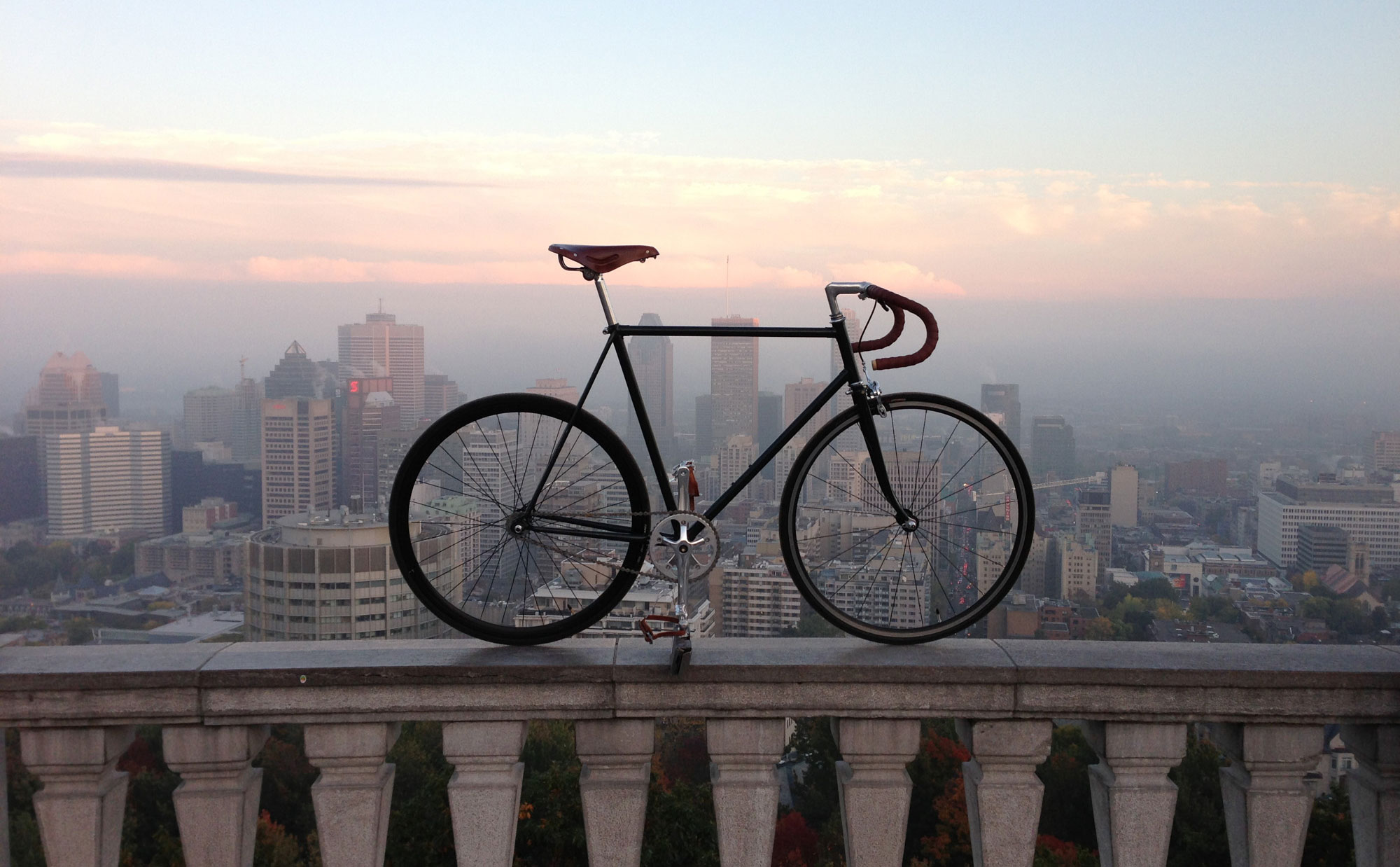 How I got into woodworking building a bike stand

Back in summer 2012, two good friends (Adrien and Arthur) were building bicycles as a side project. I became one of their first client. They made me the bike that I still ride today. It was love at first sight. I actually loved it so much when I first got the bike that I wanted to build it a stand so it could "stand" proudly in my appartment.

Couple months before I received the bike, I started playing with wood building a planter for my balcony. I refurbished some wood pallets because it was accessible. I later learned that pallets are often treated and as a result not suited for food-grade products like planters or indoor furniture.

I had a lot of fun! I had only a jigsaw and a drill, but it was definitely enough to turn my appartment into a total mess. There were wood chips and dust all over the place. I enjoyed the process so much, I decided to find a dedicated space to woordwork.

I met Fred and Yann (F&Y) thanks to Adrien. He told me about a woodshop in Montreal where they were making wooden handlebars for bicycles. It didn't really take more to spark my interest, I went and knocked on the door. I met Fred who told me they were actually looking to sublet their shop to someone part time. Like the Old King puts it in the Alchemist from Paulo Coelho "When you want something, all the universe conspires in helping you to achieve it".

I had no prior experience woodworking but I believe in mentorship and trial/error. The people at the shop taught me a lot; and I'm incredibly thankful for that. I really bombarded them with questions. I think there is no better way to learn than to do, so I started with a first prototype. It was also made out of refurbished pallets but this time jointed and planned. 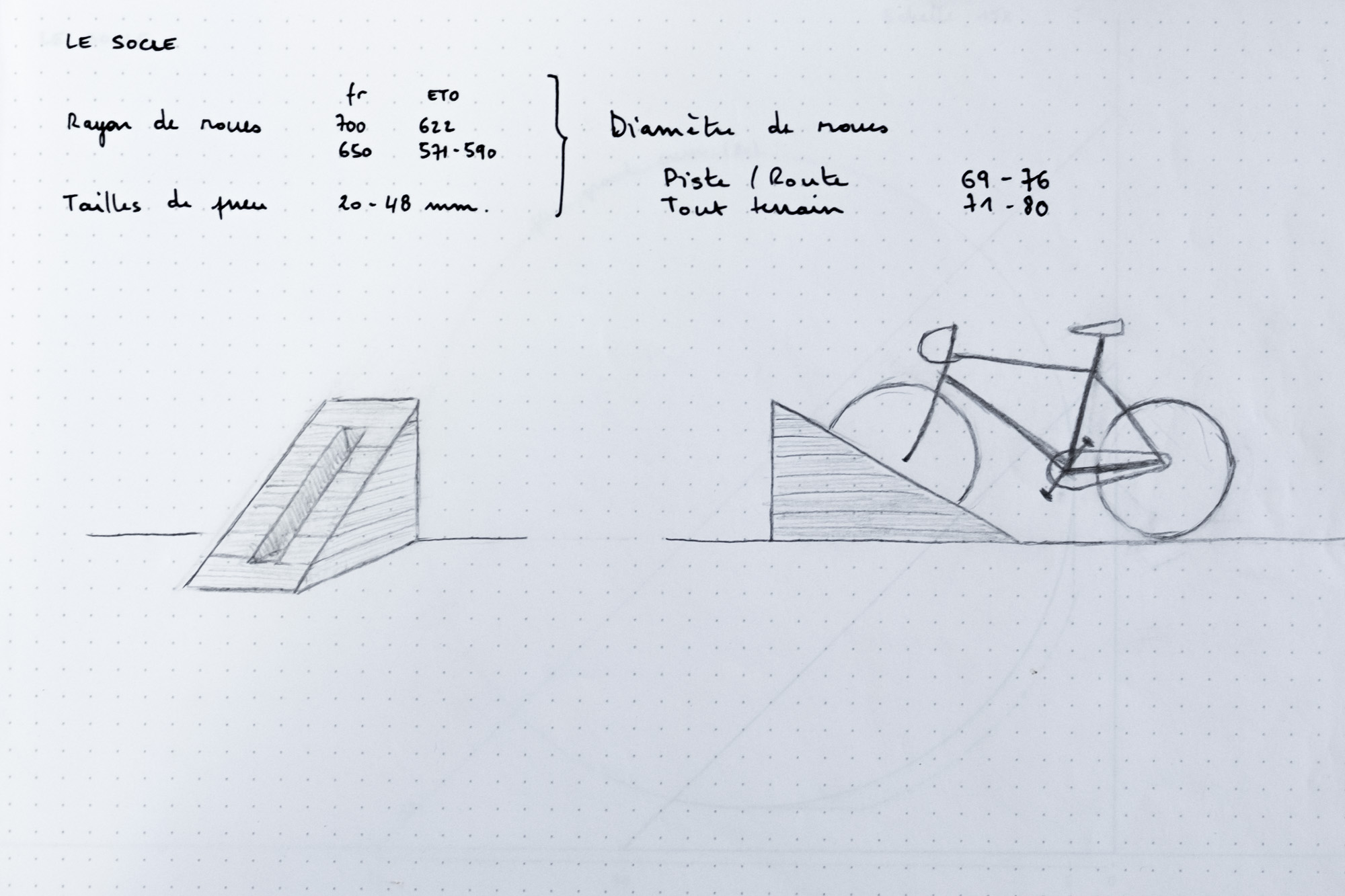 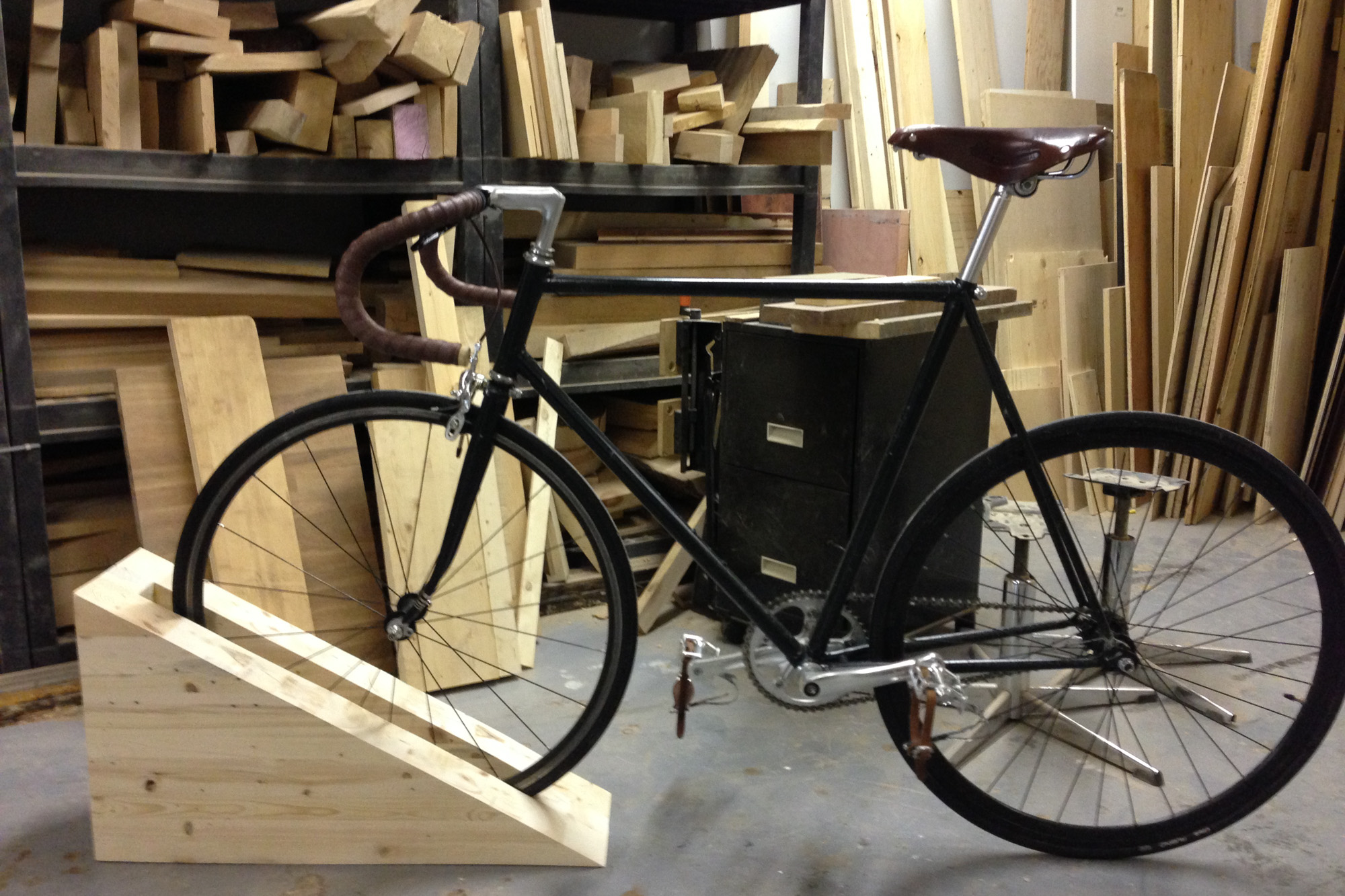 Woodworking tought me that sometimes the greatest ideas comes from happy mistakes. I grew to believe in doing rather than over planning. A little planning is rarely a bad idea but I'm always ready to ditch it all. I try to keep an open mind as I build things.

I learned a lot building the first stand but I wasn't satisfied with the design. I wanted something massive but less "square". As I was working on the next iteration, it became obious that I needed to use the direction of the wood grain as part of the design. That's what I came up with:

Even though that was the original plan, I never promoted or sold these stands. I guess life happened and I got carried to other things. Today you can go see them at C&L on Rachel where they are on display.